Research staff from the Higher Council for Scientific Research (CSIC) and the Institute for Protein Design have designed and manufactured new proteins, which are not present in nature, with structures similar to the immunoglobulins of antibodies, which are the proteins used by the system immune system to identify and neutralize foreign bodies such as pathogenic bacteria and viruses. This research, published in Nature Communications, enables the design of more effective, stable and affordable tailored monoclonal antibody-based drugs for applications ranging from cancer to autoimmune diseases and viral infections.

Drugs based on monoclonal antibodies consist of modifying a part of the antibodies so that they are capable of recognizing therapeutic targets and attacking specific cells. In the words of the IBMB-CSIC researcher and co-director of the study, Enrique Marcos, “this work describes a computational strategy to design small immunoglobulins (proteins) such as those of antibodies with custom-made structures, high stability and with the ability to anchor flexible zones with the capacity to bind to the desired target”.

This work, in which teams from the University of Toronto have also participated, opens the door to the development of proteins similar to antibodies with structures adapted to different needs and that have better biophysical properties than the current ones, which would represent a great advance for the manufacture of more accessible drugs on a global scale for the treatment of different types of cancer, autoimmune diseases and viral infections. 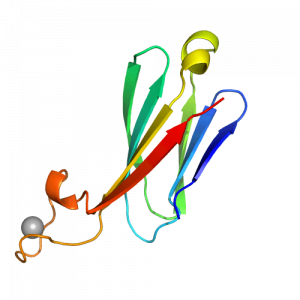